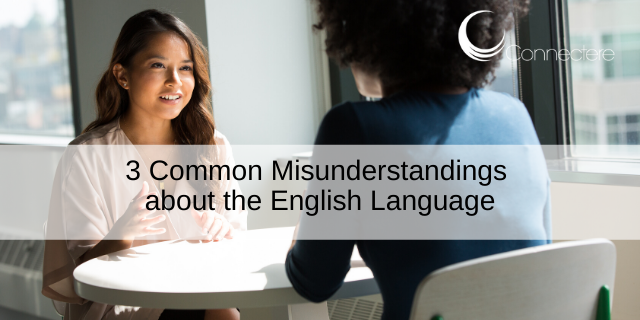 The English language is complex. All types of writing, from business emails, sales collateral to novels, can contain misunderstandings. The following is a guide to the most common of these.

A simile and metaphor are both figures of speech. However, a simile compares one item with another; a metaphor applies a phrase, or sometimes a single word, to describe something in a way that is not literally correct. The aim of a simile is to emphasise a point by creating a vivid image in the reader’s mind. For example, the following phrases are all similes: “as bright as a button,” “as blind as a bat,” and “as brave as a lion.” The purpose of a metaphor is to produce a stylistic effect. Examples are “her voice is that of a nightingale,” “he’s a fish out of water,” and “all the world’s a stage.”

The Semicolon and Colon

A semicolon (;) and colon (:) are punctuation marks that have different jobs. A semicolon represents a pause; however, the pause is longer than that of a comma. Moreover, the clauses that a semicolon comes between are, in effect, separate sentences. For example, “The cycle path winds across a scenic valley; the road runs parallel to it.” Semicolons are also useful when you compose a list in which each item contains a comma. For example: “Three parts vinegar, which should be clear not brown; two parts wax, which should be pure beeswax: and one part oil, which can be ordinary cooking oil.” In this regard, the semicolons avoid confusion with commas. A colon differs from a semicolon because it explains something that follows. For example, “Here is the secret: Never tell anyone what you are thinking.” A colon also introduces a list. For example, “Don’t forget the following items: a hammer, two planks of wood, and a handful of nails.”

An apostrophe (‘) is another punctuation mark. It clarifies possession, as in “Susan’s shoes” and “The countries’ food shortages.” It also indicates missing letters and numbers as in “You can’t” and “The summer of ’08.” Common misplaced apostrophes appear in the following examples: “I want six orange’s and two grape’s” and “That broom is yours’.” The writer should have omitted the apostrophes in both sentences. It is also worth noting that writers occasionally omit apostrophes when referring to lengths of time. For example, “In six weeks’ time” is the correct form, not “In six weeks time.”

The purpose of recognising and addressing any misunderstandings about English is twofold. First, you can ensure that your written English is the best it can be and you are sending the right professional image to clients as well as business associates. Second, you can write with greater confidence in the knowledge that you are expressing your ideas precisely.