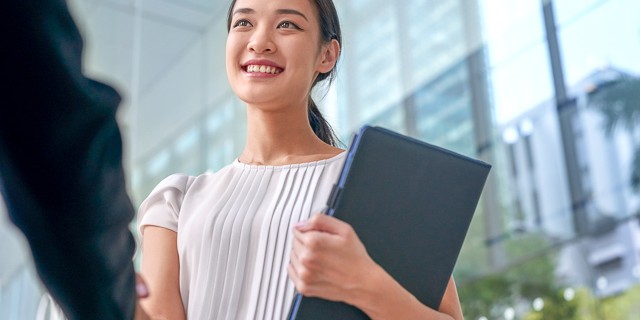 Ever wondered how the HR manager, to whom we are but a head count in a large company, decide who to recruit, promote, or even retrench?

Assuming everyone has the same performance and achieve their respective KPI, how do they know who is more ‘valuable’ to the company?

Or who has the ability to communicate their ideas across all levels?

He’s been in the his company for 7 years.

He works hard like you, hits his KPI and then more.

But somehow, that elusive promotion just past Dave by.

Unfair? Unlucky? What about mis-understood?

You see, most people would believe the key to promotion is KPI, which is definitely important, so is taking initiative and a good relationship with their bosses.

This is true if your boss is the one making all the HR calls. The better your performance and relationship with your boss, the better the chances.

As for Dave, unfortunately, his colleagues are also performing as well as he is and they too have good relationships with the boss.

How is the boss going to justify the promotion to the HR manager? Definitely not by the number of pints they had.

On the other side of the coin, the dreaded retrenchment exercise.

When all are equally ambitious (who doesn’t when we smell a poor economy coming?), with your boss equally unsure of his/her future, how then does the HR decide?

Remember, everyone in the payroll is just a headcount.

All the HR has is your appraisal. As long as you don’t mess up, like most of your peers, you are on the same level as everyone else.

What if there’s this one certification that gives the HR an immediate insight and confidence on your ability to communicate with anyone on any level?

Something that is quantifiable, one that the boss is ready to justify your promotion with.

If you have already realised, the English language is the international business language. Everything is communicated in English.

The ability to negotiate, understand the project requirements are all done in English.

If you can prove your English proficiency level,  even to someone who has never interacted with you before, wouldn’t that be helpful in getting yourself in the spot light, instantly?

With 7 million tests a year used by 14,000 organisations, TOEIC English test is the de facto test used worldwide by organisations to gauge the English Proficiency level of their hires.

Don’t you think your opportunity greatly increases if you have this english certification in your CV?

Want to learn more about the different TOEIC test, and which is suitable for you?

Find out if any of your questions can be answered in our FAQ section.

Or if you prefer a quick discussion, you can contact us directly over here.